The Gadget Dad has been trying out the new Pulse phone, from T Mobile, with G2 Android technology.

The phone is very similar in looks to the i-Phone, Its sleek, it has "apps" and it is flat yet long! 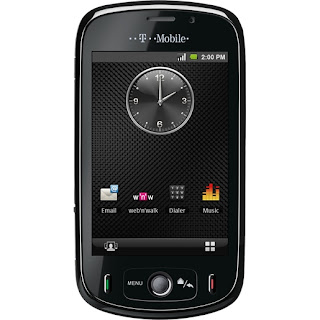 It comes with a 5 megapixel camera and software to upload your photos and video to your PC, as well as bluetooth and intergrated web'n'walk internet facilities.

I have to say, I don't generally buy a phone every two minutes to be fashionable- I have had the same telephone number for about 3 years, and it's only this year I've had a few different handsets.. I have often been baffled by teenagers in my local teen walking alone playing music in the same way as teens in the 80s used to hoist a ghettoblaster onto their shoulder, but couldn't work out where it was coming from due to the lack of stereo visible.

The Pulse comes with lots of music related apps which can be bought and installed from the on phone "Market". I downloaded one called iMusic, which was a free application (which the vast majority are at present), and was able to search out some of mine and the Tots favourite music in just a few minutes. It doesn't just find regular top 40 from the last 5 years stuff either- it happily and quickly found such classics as The Specials first album, as well as Big Tot's personal longstanding favourite Pass the Dutchie by Musical Youth. I also spied Pink Floyd and the Stones too.

Having the music at the touch of a button was great, as both the Toots are massive music fans, and at times when either or both were throwing a strop whilst out and about I was able to silence them with my mobile jukebox. Its crystal clear too.

On the subject of Apps, the G2 market has some great widgets for mum's- before conception, like the Ovulation Tracker, which by inputting your "dates" will tell you the best time to try to conceive, during pregnancy with the Pregnancy Widget, which will tell you week by week how far along you are, what size the baby is and allows you to save data you find important, and then the Baby ESP and AndNursingLogs, where you can keep a track on your babies feeding, sleeping and nappy consumption too.

I also found some other great gadgets- some of the simplest things had both my two amused for ages, like the Cow 2.0, which works by flicking the phone at an angle which triggers farm noises, or Stick Boy Piano- which the Tots loved as they could plonk away at a virtual piano on screen. They both liked Doodle Kids- which is essentially an etch-a-sketch but on a phone screen, which by pressing at random spots makes tiny multi coloured shapes appear.

I found BBC Player too- and with a few clicks Night Garden could be played for their amusement in Sainsburys! 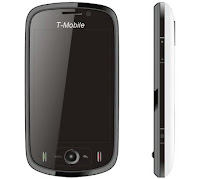 The phone handset is easy to use, there's no buttons- it is completely touch screen, and when you need to make a call or send a text, a type pad appears on the screen. And the predictive text, something I usually hate and switch off, was very good indeed, it included "text speak" acronyms, something which my current own handset doesn't. The screen is clear and easy to read, the buttons which pop up are easy to see even with my poor eyesight.

The only problems I experienced with the phone was related to the camera. I found it quite over sensitive, and so most pictures had to be deleted due to shakiness. Also, it was a bit fiddly to upload to the computer what I had taken and what came out clearly. It took several attempts, despite installing all the relevant software. The pictures aren't very clear either. I have a camera phone that I use regularly, and with that it is a case of Plug and browse, using the software, but with the G2 , I had to have a few attempts to work it out- and lots of switching the PC on and off.

The battery isn't great either- I had to charge the phone at least once a day, but with all the things you can do with it, this is no surprise.

Its not cheap- at £176 on pay as you go, or £30 a month contract (on Flext), it isn't a handset I would leave either of my children alone with, and for many it will be a "would like but wishlist" item. Its only currently available on T-Mobile, so there isn't a cheaper alternative than the contract option.

All in all, a great amusement, for days out when the kids are bored, but slightly too expensive, and not a camera I would use without a back up for special moments.