Gadget Dad has put away his tiny ancient phone to try out the Nokia N97 Mini Smart Phone. So, did it get the thumbs up or down from our tech loving Dad?

Nokia is universally known for being up to date in terms of phones, my first phones which featured SMS, Bluetooth or Internet capabilities were all Nokia Handsets, so I expected to be blown away by this Mini smart phone.
The set up of the handset was pretty simple as I just needed to place my usual Sim card in the slot. I've found that the back fascias of some phones can be quite hard to slide off, but this was very simple, and I didn't have to call in 20somethingmum (or her long talons!) to prise this one open. 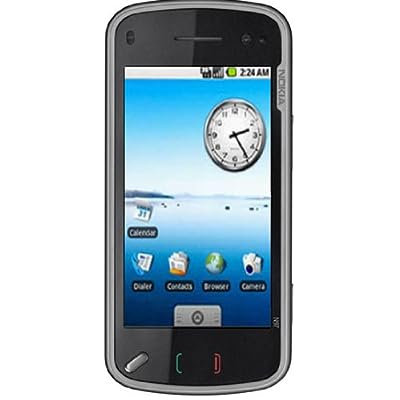 The battery took a charge in an hour from flat, and I found that it was simple to work my way around the menu. The handset is touchscreen, with good sized icons, and clear instructions on screen show you how simple functions, like how to unlock the phone, or what to press for menu popping up when you touched the screen or the buttons to the edge of the bottom of the phone.
What was good for me was the added qwerty keyboard, which slid out from the side of the handset- which explained why it was thicker than some smart phones. As a guy, I have less agile fingers than 20somethingmum, who finds on screen keyboards a pleasure to use. I, however have been put off using her mobile due to the lack of actual keys available, preferring to stick to my ancient handset due to this. I find with on screen keyboards which tend to have small boxes to touch, I often end up hitting more than one letter or number at a time, so sending a text is impossible. 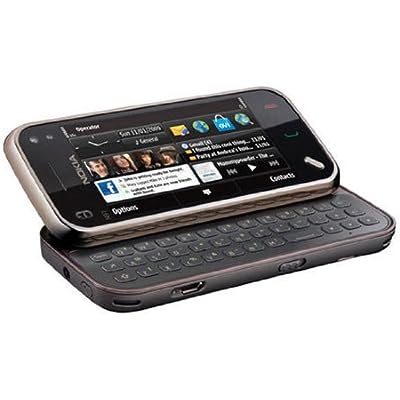 The slide out keyboard is a great option for anti-screenboard phone users, and whilst it does make the phone a little bulkier, well, to me that's worth the added side size to be able to use the full compliment of features available.
Bluetooth is still an ever present Nokia favourite and as ever is really easy to find and use. It meant that I could "acquire" music for ringtones from 20somethingmum's mobile.
The reason I wanted to test out music on the phone is to see whether the phones speakers could produce a good clear sound with actual songs rather than just with the factory installed real tones available. I found that it could. It was very clear, not too distorted on bassier numbers either, and worked well with headphones as a handy MP3 player for on the move.
The in built camera and video functions are excellent, again both are simple to use, and provide very clear digital quality picture and film, with simple point and click actions which even the most novice of phone users would find simple with rewarding results everytime.
The Java enabled features of the phone mean that using websites which some phones can't handle, such as Youtube, are no problem for the N97, and its easy to find a range of apps through the OVI store to suit everyone's needs, although its worth bearing in mind that these will cost extra.
However, basic net functions, such as email, are included and the Home screen is easy to customise with upto five lines of your favourite features available in the "speed dial" equivalent of software! I could access Facebook in either mobile or standard versions, and am promised the same was true with Twitter (not something I use but a certain Mum is very keen!).
Looks wise, its not a phone you'd be embarrassed to use in public! Its very stylish, which, being a Nokia is really something us long term Nokia users would expect anyway.
However, the only sticking point is the price. Its scary. That's all I can honesty say, as a Dad I don't think I could justify buying this handset myself as I don't use a mobile for business, more for pleasure. At £290+ (Amazon) its very, very expensive considering you have to pay to download apps on top whenever you fancy something new to play with on the phone. If, however, you are someone who runs a business where mobiles are your life source, then yes, this mobile is for you and worth the expense as a travelling PA in phone form.
But for humble phone users like me, I think its a little pricey.
A very impressive phone with a rather big price tag, I have enjoyed trying it out purely for its ease of use, great sound capabilities, excellent camera and the added keyboard.