You may not know it, but TheLazyGirl is also better known as Lazy Girl Cooks, and so she was excited to try out Tefal's new Sensorielle frying pan from its wider range of  pots and pans. So, did it help our resident reluctant chef in the kitchen?


Considering I've never been the world's (or the South East's ) best cook, I do seem to buy an alarming number of pots, pans and other cookery related items.


However, I've always struggled, since buying my first pan set at 17, to find the right pots and pans to do the job. Or to make it not quite so easy for me to burn things.

There was the set that was meant to be oven safe, which, when cooking a pilaf in the oven melted the handles. There was also the really quite costly set which used to heat up so badly, the handles had to be gripped with oven gloves, which promptly caught light.

Hence my relationship with cookware has never been great!

Tefal are the range most people, from young to old, will recognise the name of. I've always assumed that, due to their name, the brand would be pretty pricey. 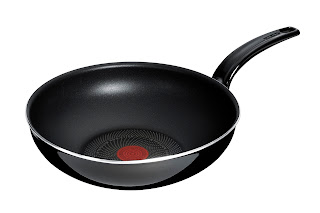 I tried a Sensorielle Frying Pan, costing between £20-£30 depending on the size you require.

All the Sensorielle range have an Intensium Non-Stick coating, which they say means you can cook without oil- and in these times of healthy living advice is obviously something which will attract buyers.

I was quite dubious whether it would be possible to cook without a tiny amount of oil, but it was- I tried cooking sausages, eggs and a piece of salmon to see whether I could beat the no-oil necessary guarantee and I failed. Even my ability to cook things to the point of charcoal did nothing to diminish the pans reluctance to allow any foodstuffs to stick.

Hence, the pan was incredibly easy to keep clean, requiring the lightest of wipes with washing up liquid and a sponge to look as good as new. 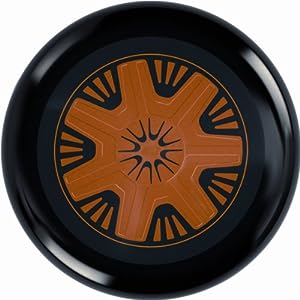 The other handy thing about this and the rest of the range is the unique to Tefal Thermo Spot, which directs the cook when the pan has reached the optimum frying temperature, so the guess work is gone.

Not only that, but these pans can be safely placed up to 180 degrees in the oven, and have a cooper infused anti warp base, which distributes the temperature evenly. 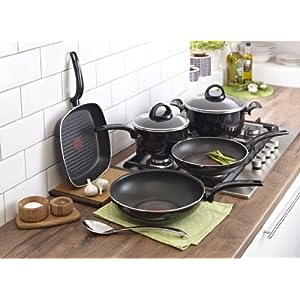 I cannot fault this pan, and its well worth the price- I'm seriously considering buying the rest of the range for my kitchen, as it makes even the most novice of cook into a competent chef!

Banish the kitchen blues and buy the Tefal Sensorielle range as your Christmas gift to yourself!

The full range is available to buy online from Amazon

Email ThisBlogThis!Share to TwitterShare to FacebookShare to Pinterest
Labels: Household