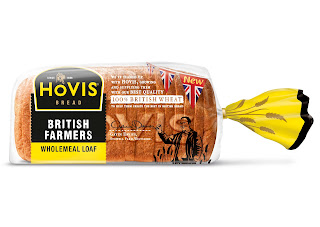 Emma Button (aka Mellow Mummy), a self-proclaimed bread snob, has been putting the new Hovis British Farmers loaves to the test. Find out whether she loved or 'loaved' them.

Hovis have launched a set of premium sliced loaves that celebrate all things British - and what a summer to do so.

The new British Farmers Loaf is available in both white and wholemeal loaves for around £1.40. the loaves have been baked in a style designed to give them a rustic, home-baked feel and I think this really works. They certainly look appetising and the packaging makes them look very grown up! 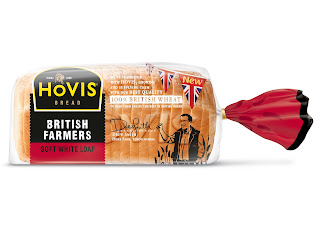 I felt that the wholemeal loaf wasn't much to write home about - yes it was very tasty and it certainly felt more rustic with its floury top than many other wholemeal loaves. However, I would say that there are plenty similar loaves in the bread aisle (although perhaps not with such strong British credentials).

The white loaf however did stand out. It was soft but not soggy and as someone who very rarely buys a slices white loaf, I was pretty impressed and would certianly buy it again. It just felt a bit more grown up and tasty than many other sliced white loaves - not quite farmhouse but something close.